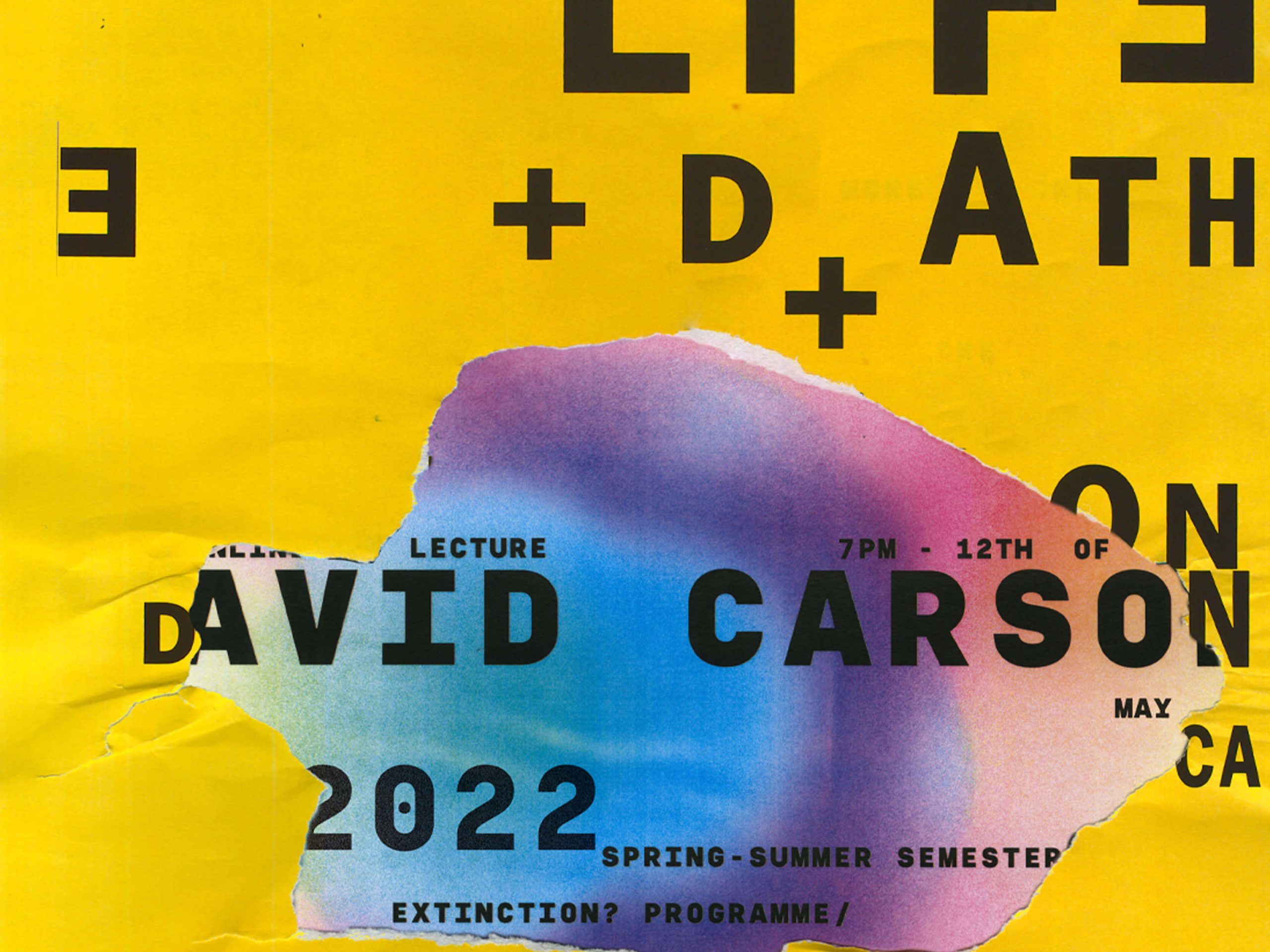 “Styles come and go. David’s design is a language, not a style”, Massimo Vignelli

After 25 years David Carson, one of the most influential graphic designers in the world, returns to Fabrica for a lecture open to the public to be held on May 12th at 7pm CEST.

Born in Texas in 1955, David Carson spent his adolescence in Florida. Professional surfer, he graduated with a BA in Sociology from San Diego University.

Having experience in both the world of surfing and graphics, in the eighties he specialized as a graphic designer working for music, fashion and surfing magazines, such as “Transworld Skateboarding” and “Surfer”. He achieved international fame as the artistic director of the then-well-known magazine “Ray Gun” (1992-1995) where he proposed an innovative and experimental use of graphics and a massive use of typefaces. His style is a precursor of what is called “grunge typography”.

In 1995 he published his first book “End of Print” which collects several of his creations and which still remains the best-selling graphic design book of all time.

David Carson has won more than 200 awards and gives lectures all over the world.

Carson’s speech is part of the workshop and lecture program that Fabrica has been organizing since 1994, the year of its foundation. Hundreds of exponents from the world of art, culture and communication passed by Fabrica for a workshop, a lecture or a special event, including Marina Abramovic, Philippe Starck, Stefan Sagmeister, Joseph Kosuth, Martin Parr, Sebastiao Salgado, Samantha Cristoforetti, just to name a few.